Actors hate to be typecast by playing the same role (or the same type of role) for too long or too often. Yet, there are some actors who have (or run the risk of) typecasting themselves into a genre that severely limits their talents as actors. We all know plenty of actors who are extremely talented and have a good run of high quality flicks in their filmography… only to eventually have miss after miss after miss.

Goofy comedies may be proven box office gold with the right leading actor, but it seems like there are a lot of actors appearing in movies that make you think “I can’t believe he accepted this role.” Enough of these movies will force you to lose respect for once highly praised actors.

One remedy for this could that these actors who typically appear in comedies to take more dark or dramatic roles. All of the actors listed here have done darker, more dramatic roles, and have shined doing so. There’s nothing wrong with comedy, but these are actors who have demonstrated their talent that should be accepting better roles in more serious films.

Jim Carrey’s rise as a top comedy actor has, unfortunately, typecasted him as a comedy actor.

His leading role in Ace Ventura: Pet Detective made him one of Hollywood’s most profitable leading comedy actors. But, in all of these comedies, it feels like he’s basically playing a slightly different version the same character? And they’re all kind of annoying, but he gets away with it because he’s Jim Carrey and that’s what people who watch his movies want to see.

Carrey’s better movies, like The Truman Show, Man on The Moon, and Eternal Sunshine of the Spotless Mind, are atypical of the films he’s chosen to do since becoming a leading man. Yet, they have shown that Carrey is a far more versatile actor than he’s given credit for. We should see more of these types of performances from Carrey, as movies like these are the only ones that offer any proof he’s grown as an actor.

Carrey is starting to lose some cache as an actor, and he needs to do something to reboot his career. Unfortunately, he may be a lost cause since he has reportedly signed on for Dumb and Dumber 2, a sequel no one really wants, and is pretty much the tell-tale sign of a bleeding career. Yet, for a while he was one of the top comedy actors in film. Let’s hope he gets the memo before he agrees to do Liar, Liar 2, or–God forbid–another Ace Ventura sequel. 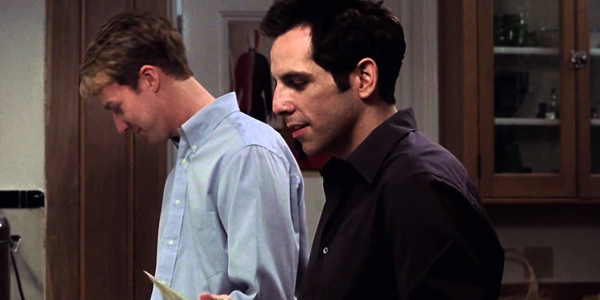 Ben Stiller is an actor who should have a lot of great films under his belt… He’s had a good reputation, and is clearly seen as a draw at the box office. But, looking at his filmography… there’s not a lot of great films in there. In fact, it’s full of crappy movies no one likes and minor roles in comedies that you just can’t comprehend why he bothered with them. Like Eddie Murphy, he just hasn’t done much worth seeing lately, and that’s a shame, because he’s done great in. dramatic and darker roles.

For instance, there’s Keeping The Faith, in which he played a New York rabbi who secretly dates a non-Jewish woman. That’s a role that fit him well, and despite his long list of goofy comedy flicks, he was perfect for the role. He was also really good in The Royal Tenenbaums, where he plays a grief-stricken widow who is overprotective of his two young sons. He’s a better actor when he’s not in another goofy comedy.

If Stiller stuck to those more dramatic, darker roles he’d have more watchable films in his filmography and the campy stuff could be left to lesser actors better suited for those roles. 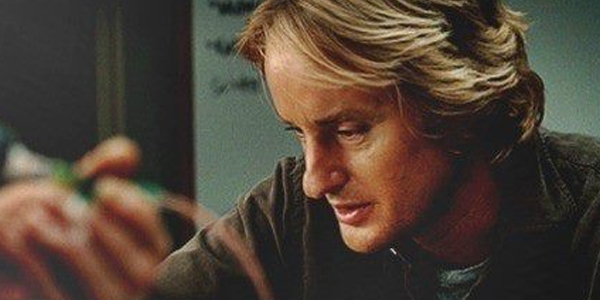 Here’s actor that needs to stop doing movies with Vince Vaughn and Ben Stiller, and limit his projects with Wes Anderson. Some actors get stuck in the same old boilerplate comedies, and Owen Wilson is one of them. But, in Marley & Me, he pulled off both the funny scene and the heartfelt, emotional ones. So he clearly has the acting ability to pull off even more roles like that, if not more dramatic or dark.

That’s not to say movies like Wedding Crashers, or his roles in Wes Anderson movies aren’t good, or memorable. But, his recent pairing again with Vince Vaughn in The Internship suggests his career is not currently on the best trajectory. He’s sticking to a formula that may have worked once, but feels lazy when done repeated.

Owen, you need to take more dramatic roles and work with different actors. It will serve your career well. 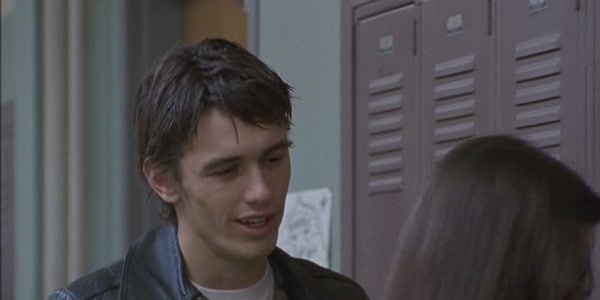 Don’t get me wrong, James Franco was hilarious in Pineapple Express. But he’s also been fantastic in dramatic roles, such as movies like 127 Hours, and in the unfortunately short-lived television series Freaks and Geeks. As the youngest actor on this list, he’s got plenty of time to get a wide range of acting gigs but I think he’d be wise to choose his Judd Apatow-produced comedies sparingly.

Seth Rogen would have made this list if he didn’t already solidify himself as a raunchy funny man, and while that may work for him, I think James Franco has more potential as an actor to be in higher-caliber films. As the youngest actor on the list, he has time to keep his filmography diverse before going down the same route as the other actors on this list have. 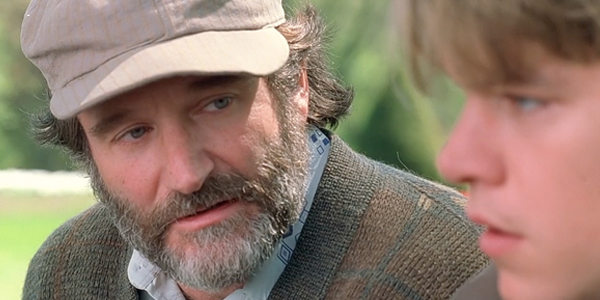 Robin Williams has established himself as an extremely versatile actor who can nail comedic and dramatic roles. But he’s done some real crap comedies that should be well beneath an actor of his caliber.

To be fair, he’s done some great work in the comedy genre, but his filmography has a bunch of movies done in the past ten years that you’ve probably not seen or never heard of. While not all of those forgettable or unwatchable movies are comedies, it’s hard to believe that the same guy who played Sean Maguire in Good Will Hunting and John Keating in Dead Poets Society also played Bob Munro in RV — a role you can’t possibly comprehend why he took. Despite having done good work in comedies, I’d sooner watch him in Good Will Hunting than, say, Mrs. Doubtfire, when that means spending a third of the movie watching him showcase his ability to do different voices. 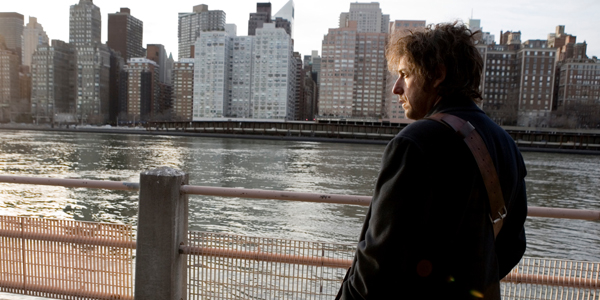 It goes without saying that Adam Sandler makes bad movies. They might make you laugh, but when you look at his filmography, it is full of unwatchable comedies, many of which had trailers so irritating that you wondered why anyone would be inclined to see those movies except for the fact that they had Adam Sandler in them. And sadly, these films make money. Acting may be job, and thus, the point is to make money, but still, it’s time for some professional integrity.

Sandler has, on more than one occasion, played dramatic roles, and he’s not half bad either. Spanglish and Reign Over Me were decent films. He even played the role of a terminally ill comic well in the obscenely long movie Funny People. There is a talented actor there who, for God only knows what reason, makes movies like Little Nicky, Grown Ups, That’s My Boy, and Grown Ups 2. The Waterboy may have made me laugh, but Adam Sandler playing a simple minded adult for 90 minutes is kind of like nails on a chalkboard. He was no Tom Hanks playing Forrest Gump, that’s for sure. 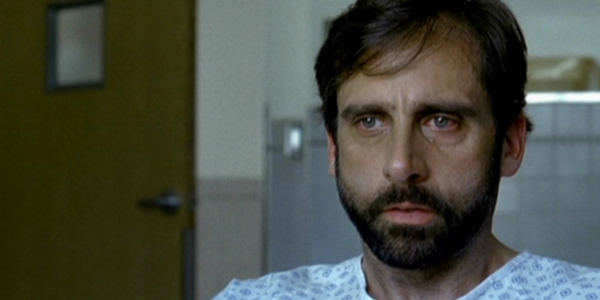 Steve Carrell made the wise choice of leaving The Office when he had the chance. Unfortunately, his choices in movies he’s opted to star in since becoming a household name (thanks to The Office) have been less wise: Evan Almighty, Get Smart, Date Night, Dinner for Schmucks,  and The Incredible Burt Wonderstone. Steve Carrell has proven himself to be much better than the roles he’s been accepting in recent years. Yet his best performance, in my opinion, would be Frank in Little Miss Sunshine.

While technically a comedy, Carrell played a depressed scholar who had recently attempted suicide. It was a dark role, one that he may not have chosen if he already had a few seasons of The Office under his belt and established himself a leading comedy man. He also played a widower in Dan in Real Life, and while also a comedy/drama, he played the role sincerely and convincingly. We don’t need to see a different version on Michael Scott every time Carrell takes on another role. I am certainly not saying he should steer clear of comedies, when of course, he’s a great comedy actor, he just needs to mix it up a little, and show us he’s better than the roles he’s accepted since he became a name.